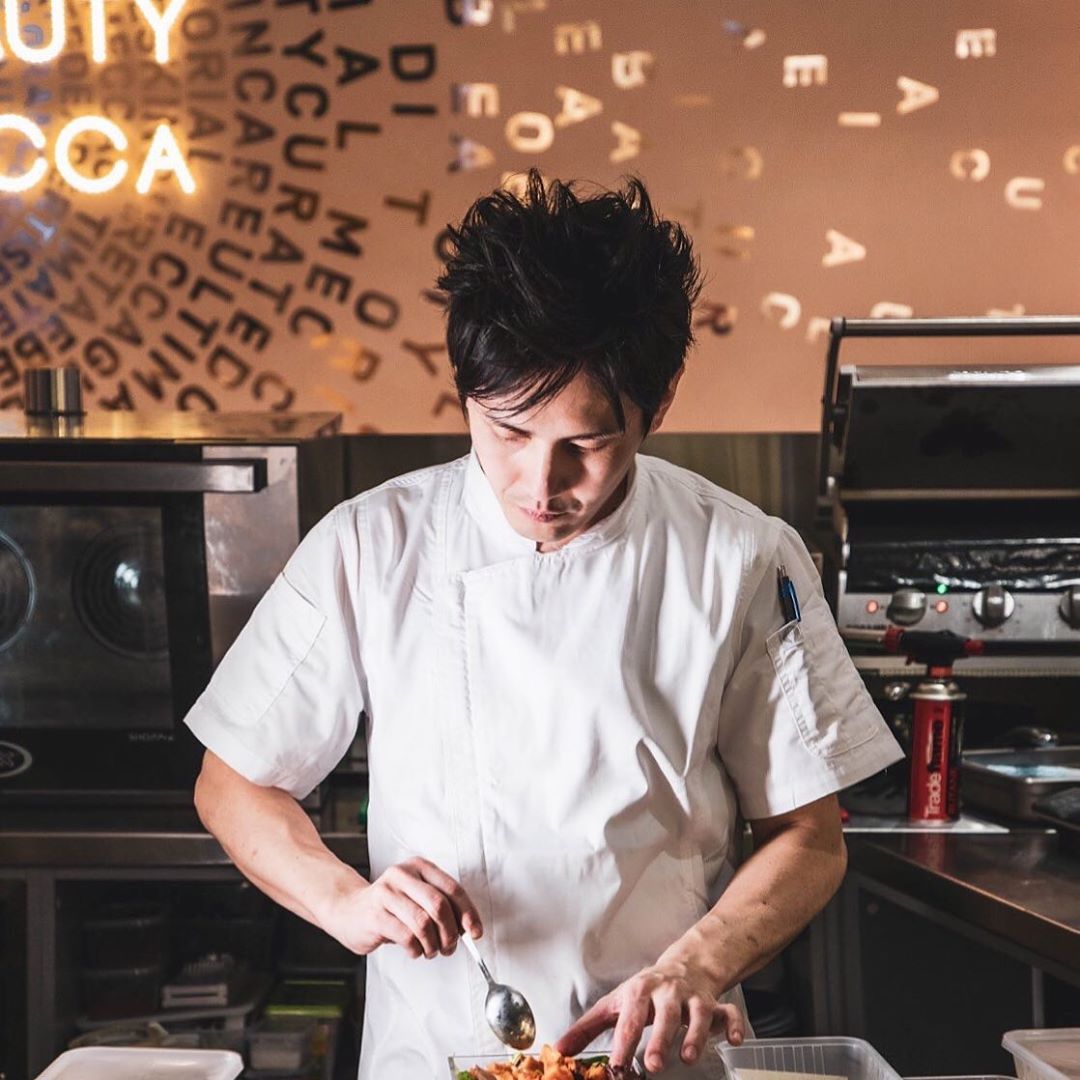 Ryo Northfield hails from Kagawa, a food-centric city in Japan. He attended the prestigious Tsuji Cookery School where many 3-Michelin Star chefs trained. Ryo’s career in Japan peaked during his head chef role under his master, the legendary Ironchef Hiroyuki Sakai. To this day, Sakai still refers Ryo as his star protégé and continues to work together for culinary projects in Australia.

Ryo has been at the forefront of modern French-Japanese cuisine movement. His journey in Australia started when he claimed the role of Executive Chef at Duck Duck Goose, followed by Heirloom Modern Japanese Restaurant, where he pioneered a new style of Japanese cuisine.

Fantastic flavours, beautiful food presentation, welcoming environment. he answered the questions we had about the food and had a good amount of interaction but not to interrupt our dinner conversation!

$125 per person including GST

Chef Ryo has curated this Modern Japanese menu to showcase his favourite dishes of the season. The listed menu price of $125pp is based on 6-9 guests.

$155 per person including GST

Experience Chef Ryo's seasonal Modern Japanese dishes across 4 courses. The listed menu price of $155pp is based on 6-9 guests.

$140 per person including GST

Chef Ryo will work with you to create the perfect menu to meet your dietary and budget preferences for your occasion. The price will be determined after the first consultation.