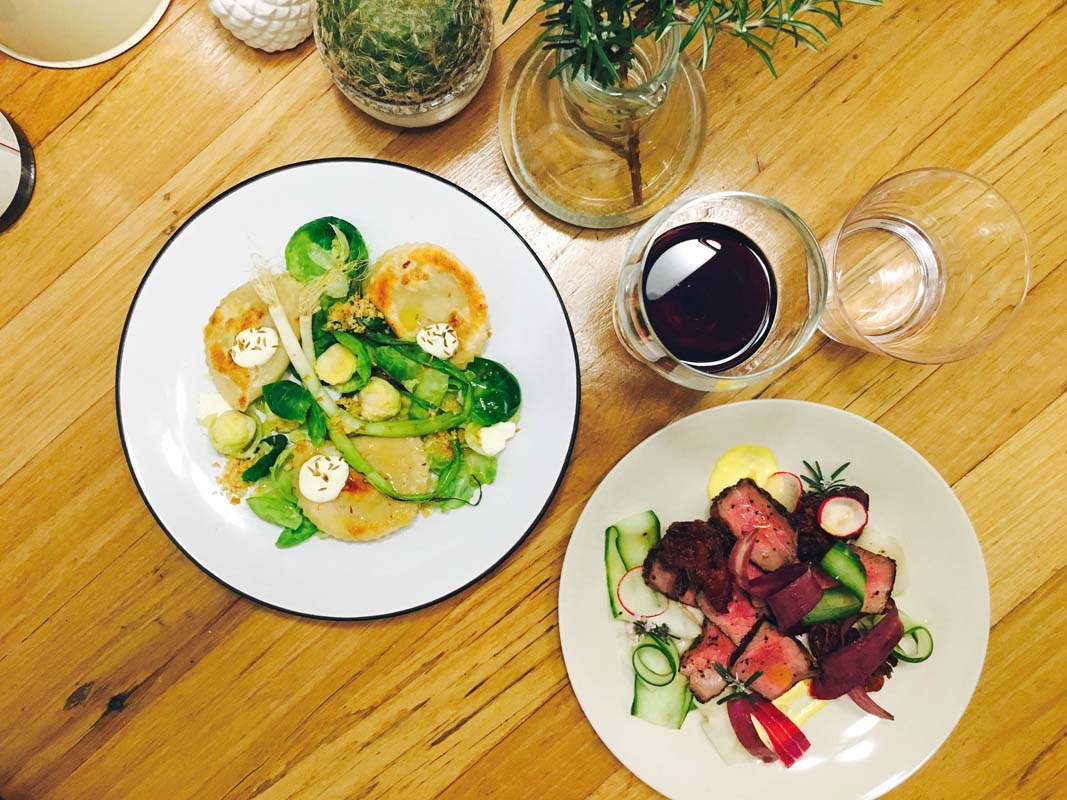 Working in the industry for over ten years, Chef Sylvia has worked with some very colourful and extremely talented mentors and chefs. Becoming head chef in her 4th year, she went on to work at establishments such as the Malthouse Theater and specialist catering companies serving up to 2,000 guests. She has worked alongside the likes of Shanon Bennett at a Melbourne Gaol fundraiser and received compliments when cooking for Marco Pierre.

Growing up with foodie parents, her love and appreciation for food were realised at a young age. Learning traditions such as preserving, curing and home-made wine and cheese making, Chef Sylvia enjoys introducing new ingredients to a dish to broaden her guest's food knowledge and flavour palette.

What a fabulous experience we have just had, food prepared and served by a delightful young lady who obviously loves what she does and excels at it! Sylvia was charming and was able to deliver a feast in the small, simple kitchen setting.

Sylvia was great. We loved the food and enjoyed her company very much.

Sylvia was very good, very pleasant to have in the house and the lunch was delicious.

Had a great time, Sylvia is wonderful. Food was great, and the best part was we didn’t have to clean.

$130 per person including GST

Chef Sylvia has curated this seasonal 3 Course a la carte menu with fresh local ingredients. You can choose one dish from each course that will be served to all your guests. Price is based on 6 guests.