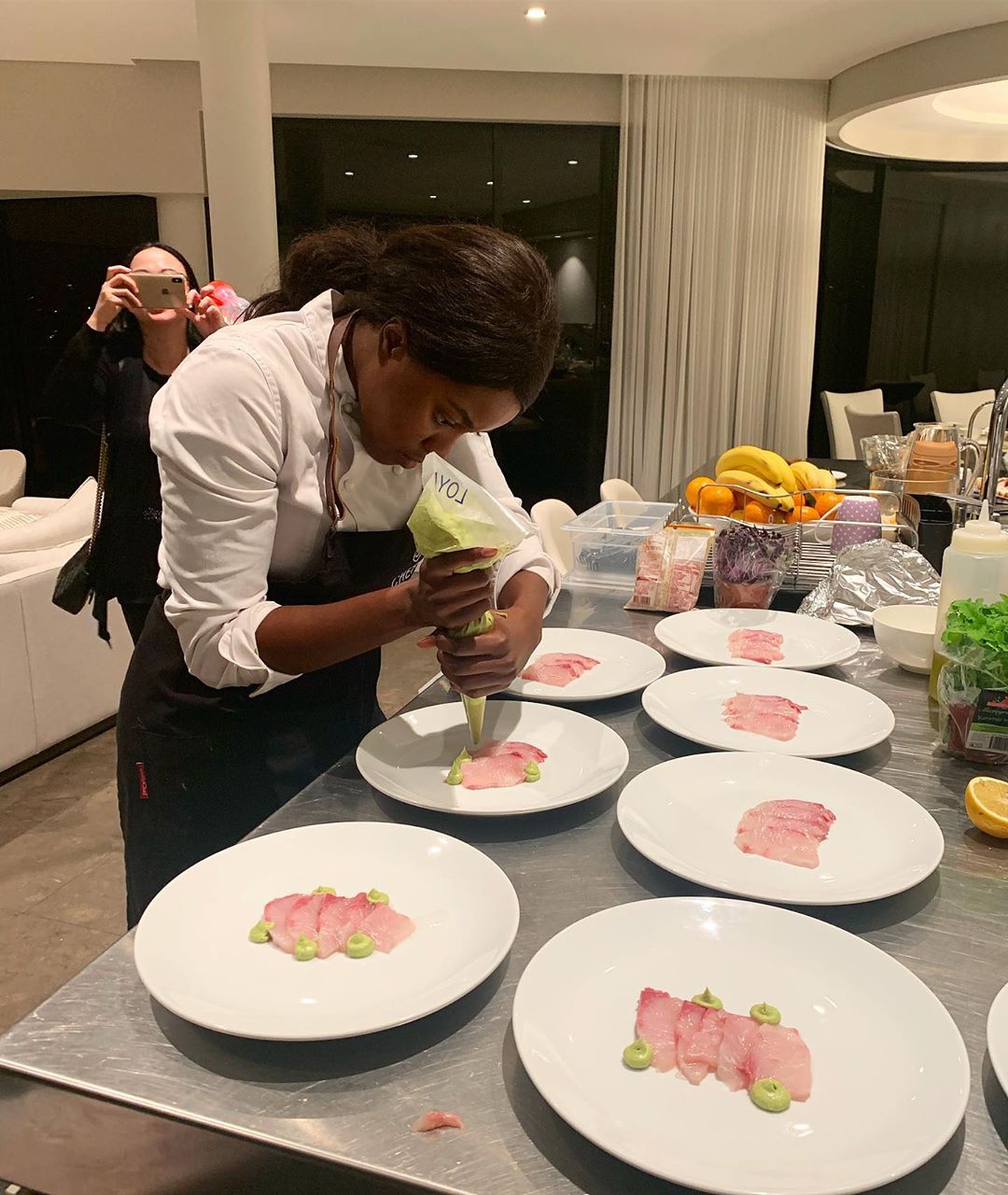 Growing up in Manchester, England, cooking with culture and authenticity was embedded into Chef May's foundation as Sunday mornings were spent in my mother’s kitchen.

At 18, she moved to Paris, France to complete a bachelors in French business and economics. Having worked in kitchens during her studies and after a stint in the corporate world, she realised that cooking is where my heart lies and I began my career as a chef. After several successful apprenticeships in Paris and Copenhagen – most notably with world-renowned Master baker Gontran Cherrier I decided to move to Sydney.

Cher May's ideas and creativity with food, along with her Jamaican heritage and being a female in a male-dominated industry quickly became noticed on the Sydney food scene. This gave her a platform to push her ideas and interpretations of good food – colour, vibrancy, creativity, taste, flavour and passion by mixing different cultures into her cooking, having lived in Jamaica, England, France, Denmark and Australia.

$181 per person including GST

Chef May has curated this premium set menu to showcase her culinary style and passions influenced by living abroad. The listed menu price of $150pp is based on 3-courses for 6-9 guests.