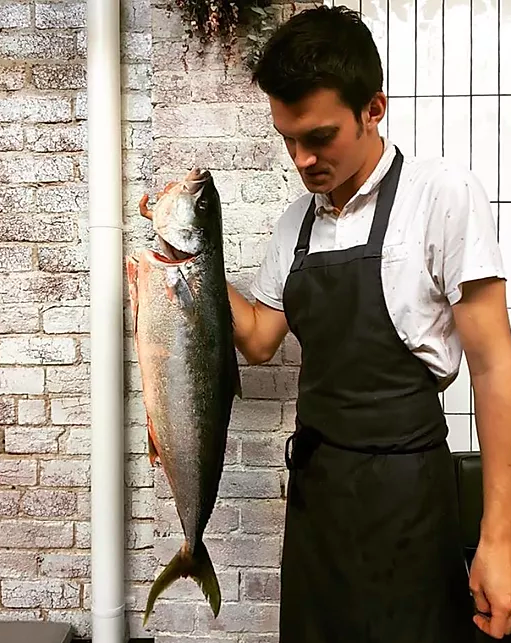 Throughout his career, David has experienced working in some of the world’s most acclaimed Michelin starred restaurants; from Gordon Ramsay at Claridge’s in London, to Quintonil in Mexico City, to The Ledbury in London and The Waterside Inn in Bray.

Since then, David’s experience has launched him into the world of private dining, working full time for high profile, discerning clients across London, Europe and Australia.

Currently based in Melbourne, his culinary style is a reflection of his time spent travelling the world and working in Mexico, Asia and Europe. He confidently crafts menus that are nutritious, inspiring and enticing.

David’s philosophy around food is to celebrate a holistic and sustainable approach to cooking and dining. He enjoys cooking within the seasons and puts the customer at the forefront.

Chef David's banquet menu is designed to share from a range of dishes placed in the centre of the table. The listed menu price of $100pp is based on a selection of 6 dishes for a minimum of 8 guests.

$130 per person including GST

Chef David has curated this fusion menu utilising seasonal produce and express some of his favourite Japanese dishes. The listed menu price of $130pp is based on 3-courses for a minimum of 6 guests.

Chef David will work with you to create the perfect menu to meet your dietary and budget preferences for your occasion. Price will be determined after the first consultation.